Bartlett Cocke General Contractors, LLC located in Georgetown, TX approached The Mezzanine Company with a special request for an observation platform for the City of Georgetown’s newest state-of-the-art Public Safety Operations and Training Facility. The building was constructed as an indoor training ground for growing numbers of first responders such as police officers and firefighters. The facility includes classrooms, fitness areas with workout equipment and a designated area where trainees would complete tactical training exercises under the observation of superiors. Plans for a mezzanine observation deck were introduced to help support the training operation by providing an elevated view of the tactical exercises in real time. Since the budget was an important factor for the township to approve the project, The City of Georgetown sought cost effective pricing while obtaining reliable material.

In order to best serve them, there were some details in the original mezzanine layout that needed to be revised to satisfy both space and budget requirements better. It was essential for the observation deck to provide a full view of the training exercises, which would affect its shape and size. Also, the original design for the IBC staircase placement and cross bracing was to be altered to match the layout better and accommodate aisle ways in between the training areas. It was also necessary to find a cost effective alternative to installing footings in order to support the system. 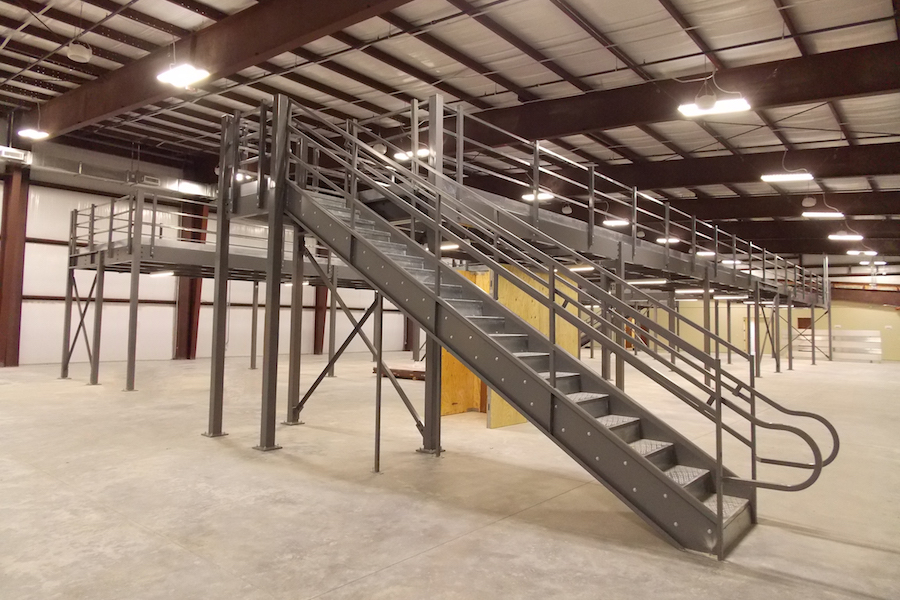 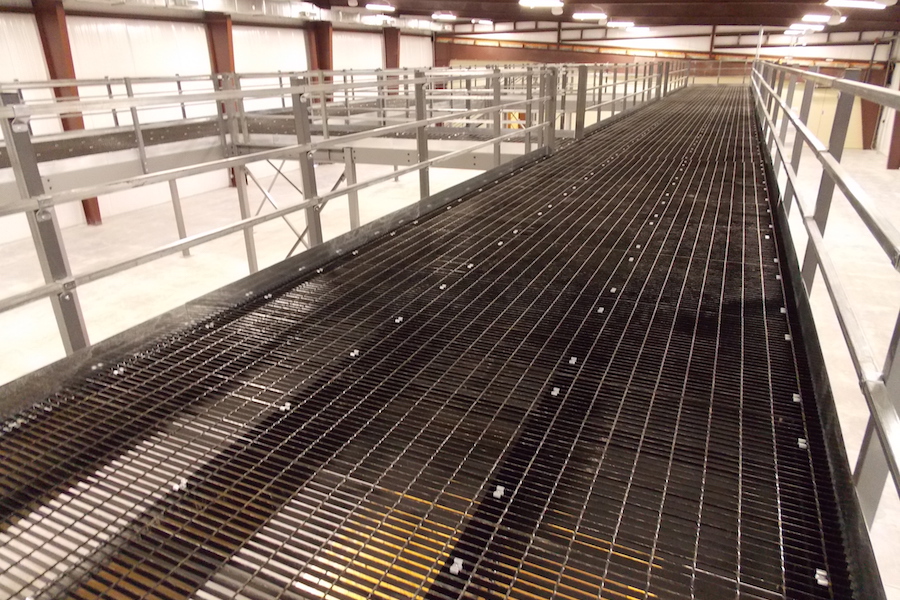 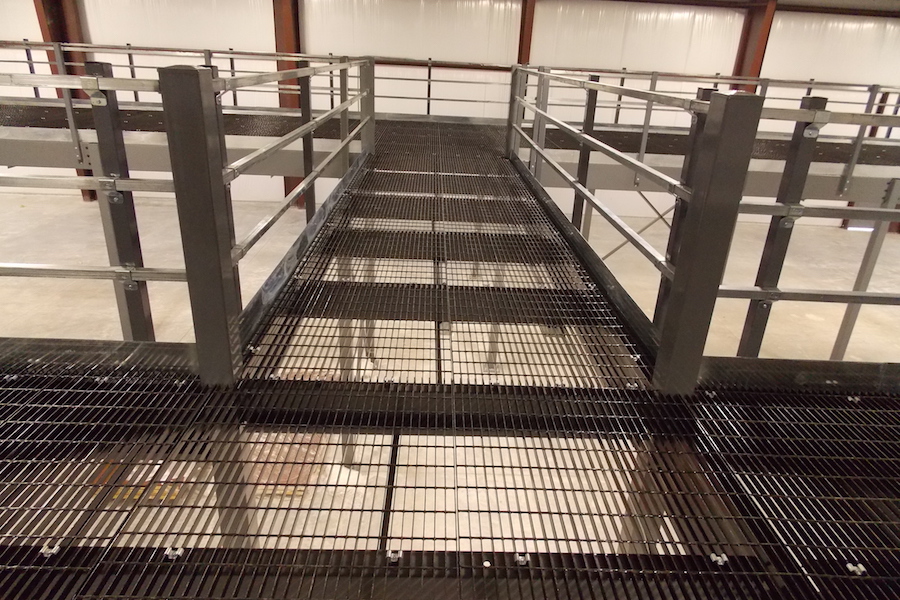 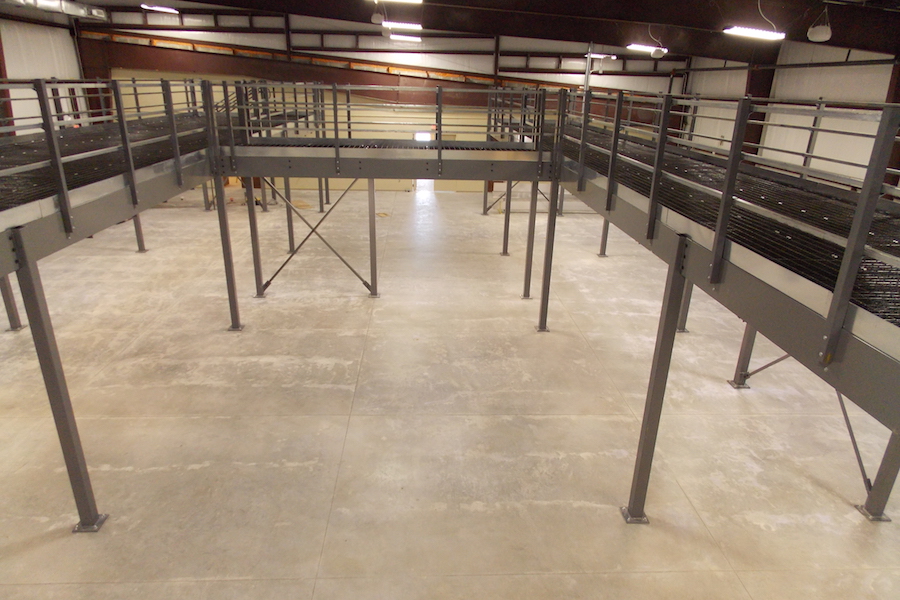 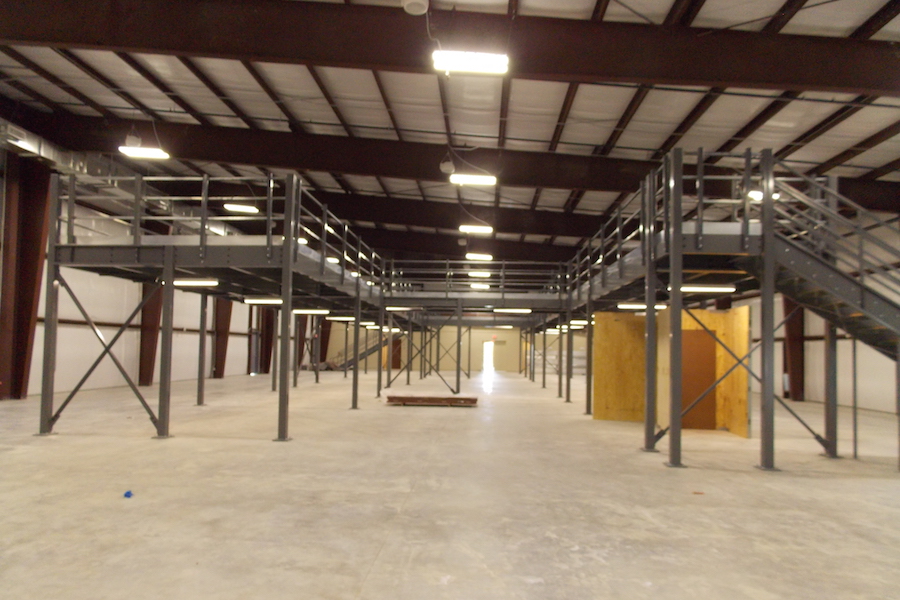 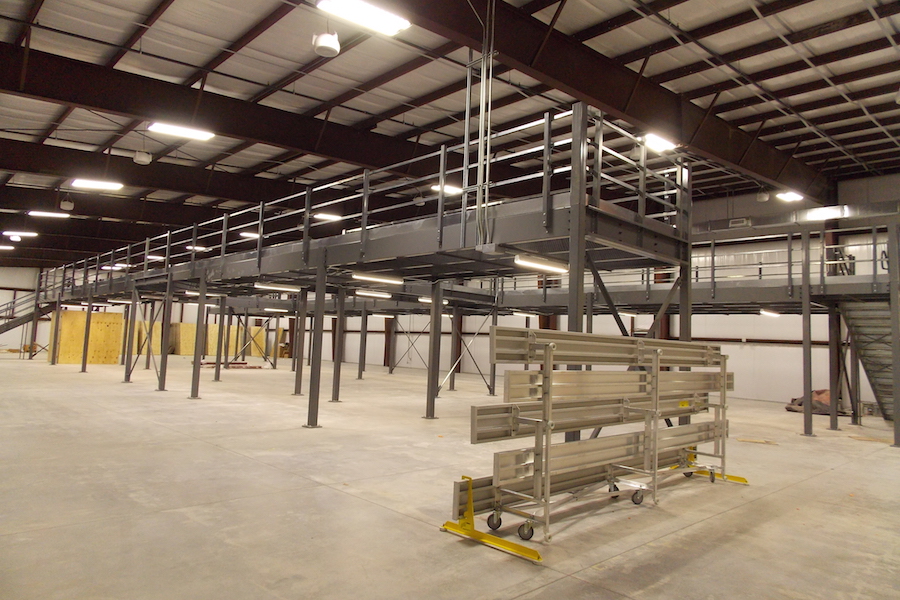 The Mezzanine Company’s team of experienced project managers accompanied Bartlett-Cocke and the City of Georgetown through the entire process of determining the best possible use of space and most economical cost for the observation deck mezzanine. To provide the best visual access to the training exercises below the structure, it was decided that the mezzanine would take an “H-shape” with two connecting decks in between two larger platforms to facilitate proper access from one side of the mezzanine to the other. IBC stairs and bracing locations were adjusted to accommodate an aisle (way) under one side of the platform after consultation with The Mezzanine Company’s team of project managers. Greater clearance was also created between the stairs and walls by attaching a top landing to the stairs outside of the mezzanine area. The Mezzanine Company’s experienced design engineers worked with the customer to avoid the cost of footings by reducing the calculated loads on the slab and installing the mezzanine directly on top of the slab. The Mezzanine Company’s approved team of contractors, whose headquarters are in Texas, also played a major factor in further reducing costs and facilitating the observation deck’s completion.

The Mezzanine Company demonstrated its skillfulness by providing a network of resources while serving Bartlett-Cocke and The City of Georgetown with their important project. As a result, the space around the mezzanine was used to its fullest potential and the local installers ensured the project’s final success. The vision for an observation deck became a reality with the help of the Mezzanine Company, and the final product was delivered and installed on time just before the end of the year.

It is always my intention to do business with companies that put customer service and satisfaction in the forefront. When we needed a mezzanine to expand storage in one of our rooms we looked for a company that we felt could fit the bill and The Mezzanine Company certainly did just that.