In 1872, a little over 35 inherited acres were sold to the Houston and Texas Central Railway by William McKinney for 20 gold coins per acre. William McKinney was a 9 year old boy who later passed away at the age of 14. This later became the city of Van Alstyne. The city was later incorporated in 1890.

Additionally, they asked that the mezzanine be made secure so that access could be limited. 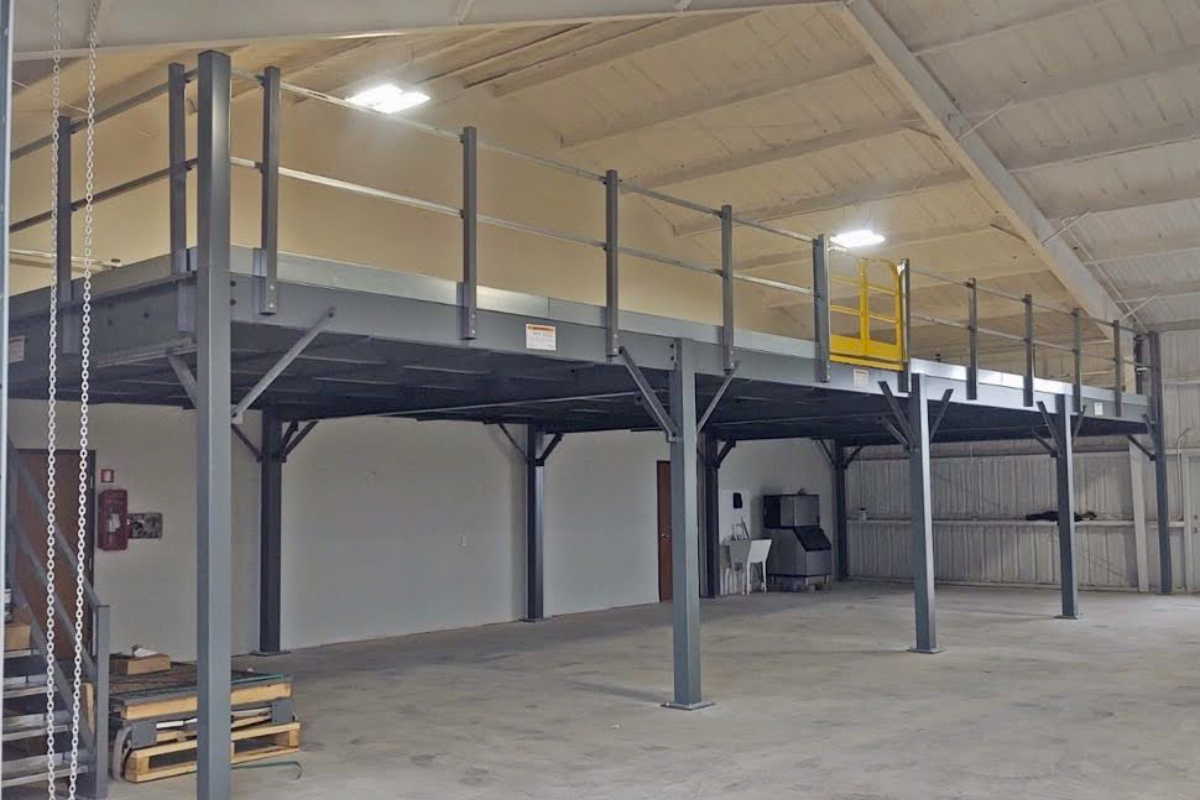 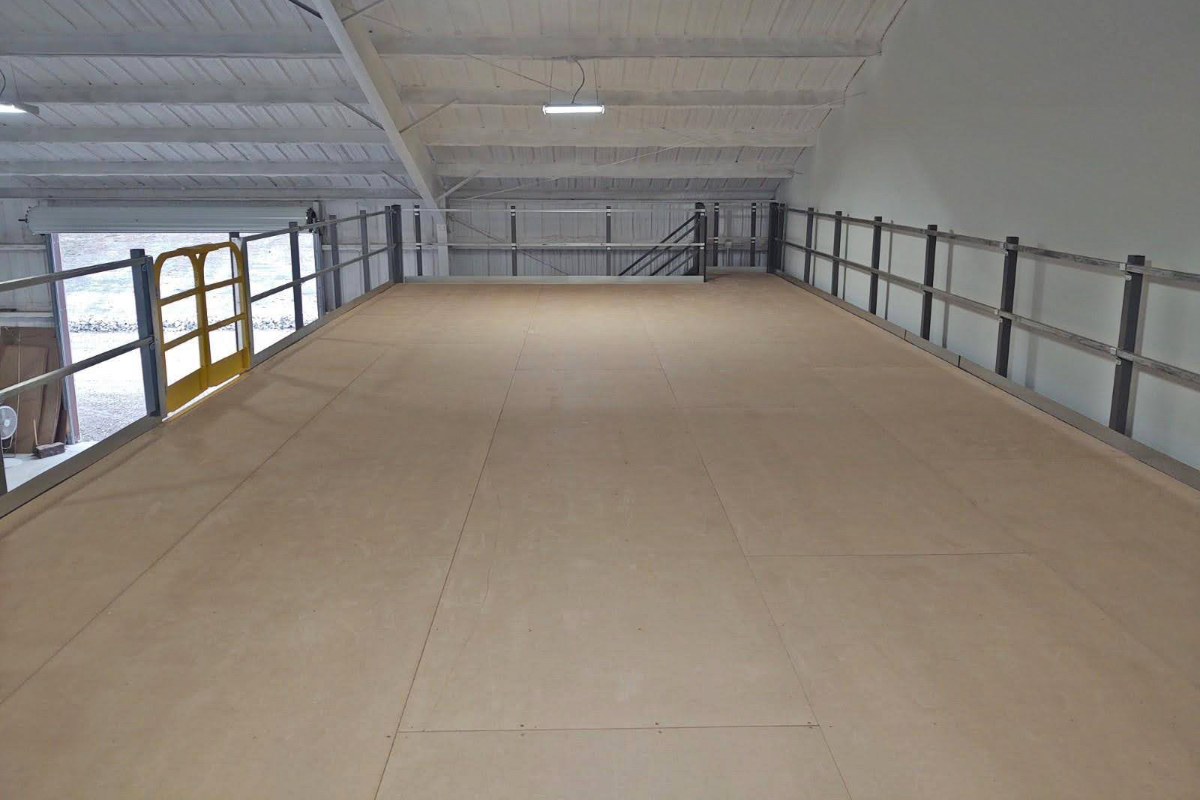 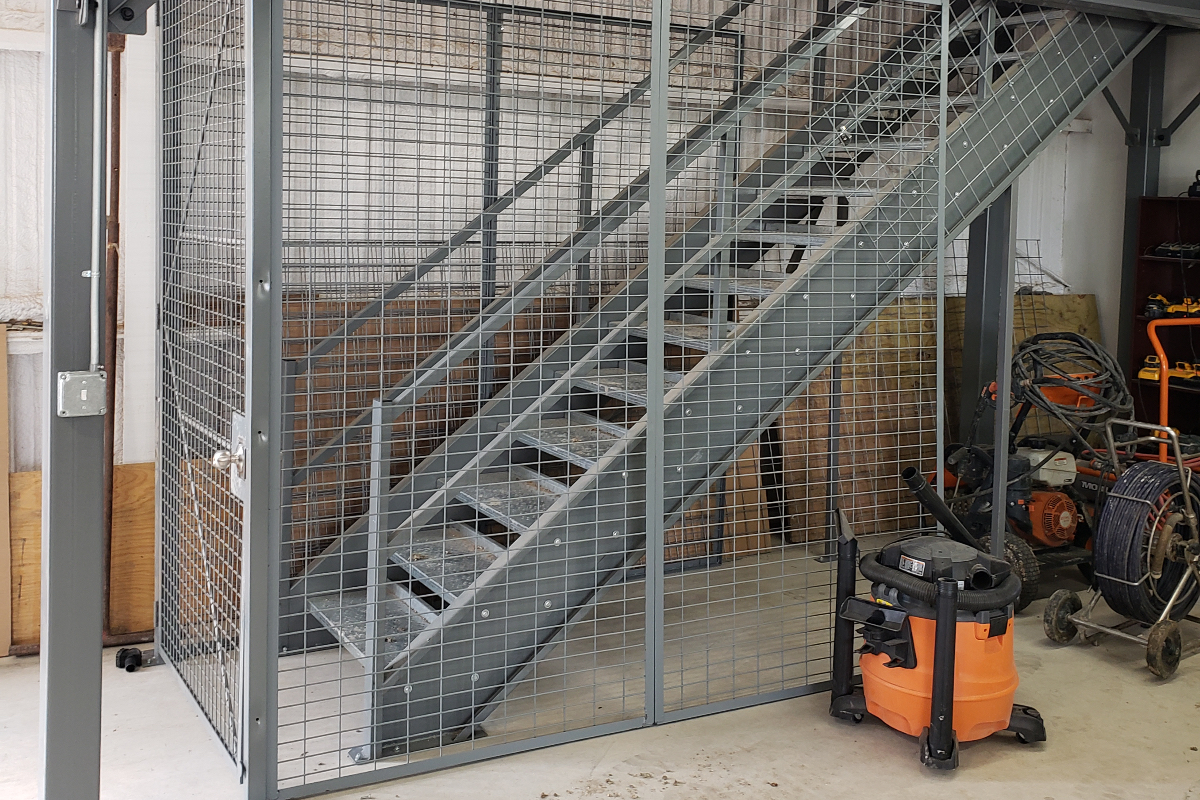 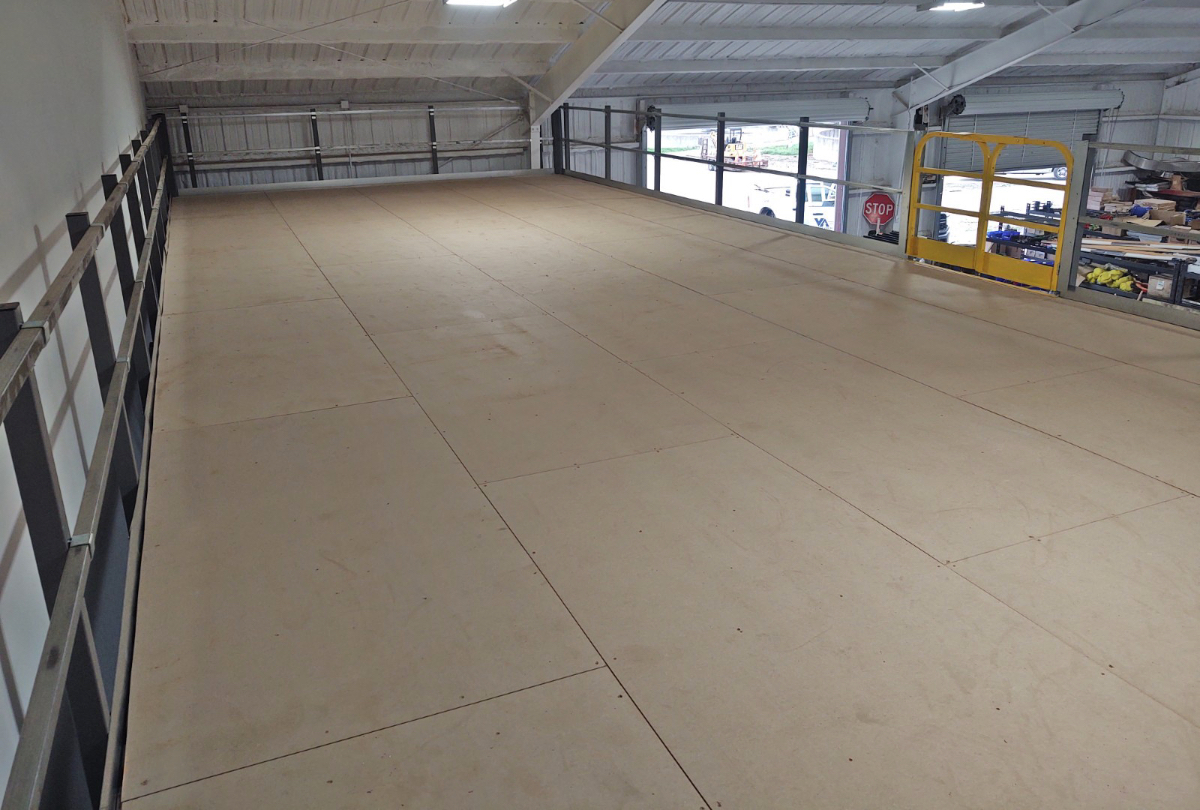 Working closely with the City of Van Alstyne, and our local Texas representative, we came up with a design for a 1,200 square foot rectangular shaped storage mezzanine that would serve their needs. For the flooring, Resindek would be used.

Additionally, the mezzanine included a straight run OSHA stair, to allow for foot traffic, and also a 5’ double swing gate, to allow for moving materials on and off.

In order to make the mezzanine secure, we provided a security cage around the base of the stairs.

Once the proposal was accepted, approval drawings were generated and our local rep made a site visit to make the finishing design adjustments and get customer sign off. When the mezzanine production was completed, we arranged for a prompt delivery and installation by our local team.

I have been extremely satisfied with the personal service received from The Mezzanine Company; they treat you like family. The accuracy of the order and the dates of delivery were right on and the installers were very accommodating and friendly. Everyone has been really helpful and easy to work with, especially being in the crunch for product that I was in. They will be my first call and my recommendation to anyone looking for the services they provide.