Based out of Red Hook, NY, Firehouse Productions designs, installs and operates sound reinforcement systems for tours, broadcast and corporate events.  Some of their recent projects include the Coldplay “Head Full of Dreams” tour, the 2016 NBA Draft, and The 70th Annual Tony Awards!

Interestingly, their company name, is derived from the fact that their original location was a firehouse in Brooklyn, NY. Today, they now operate out of a 20,000 square foot facility. 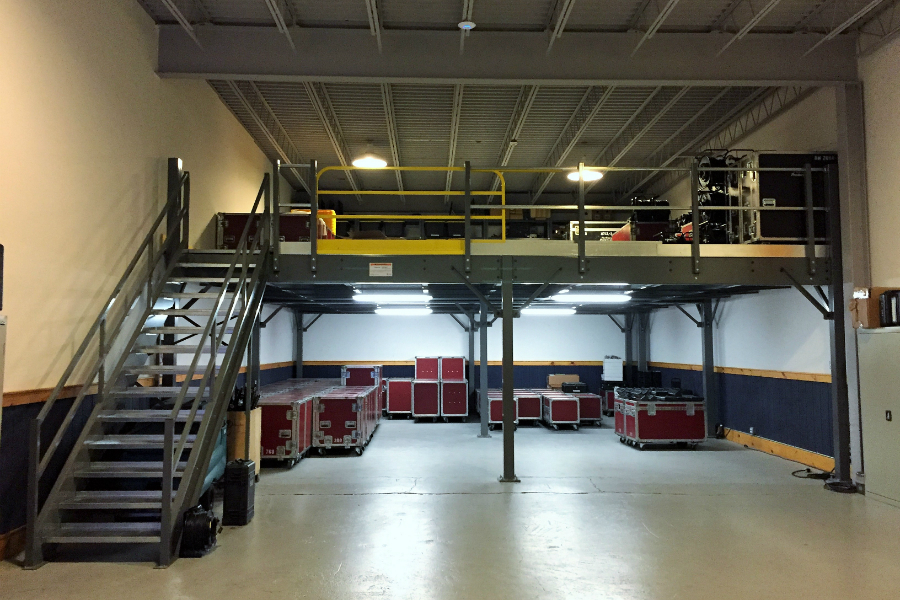 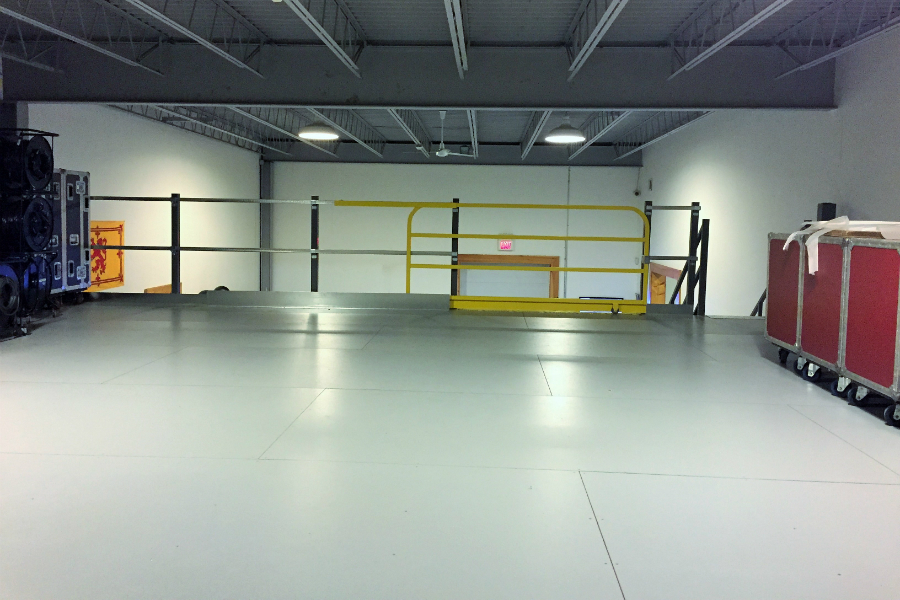 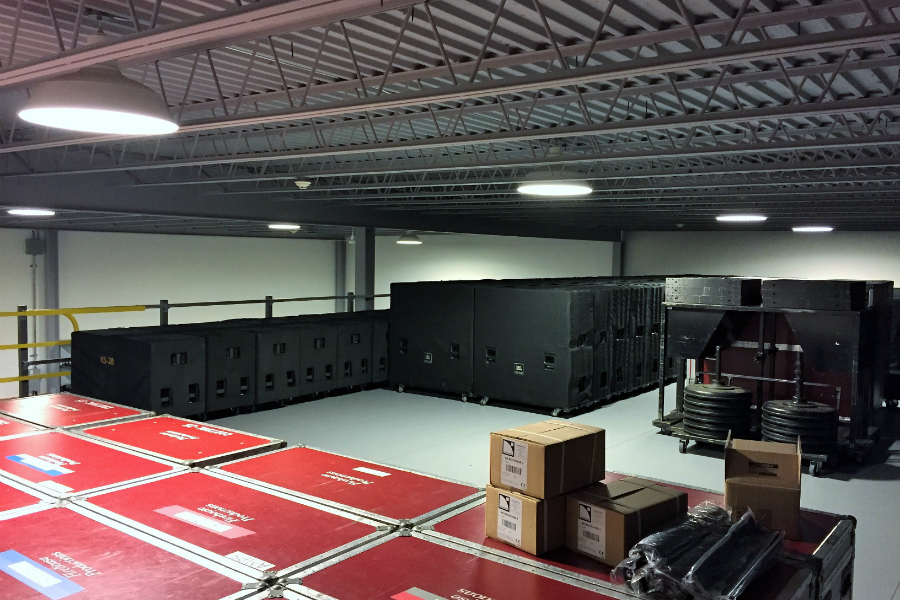 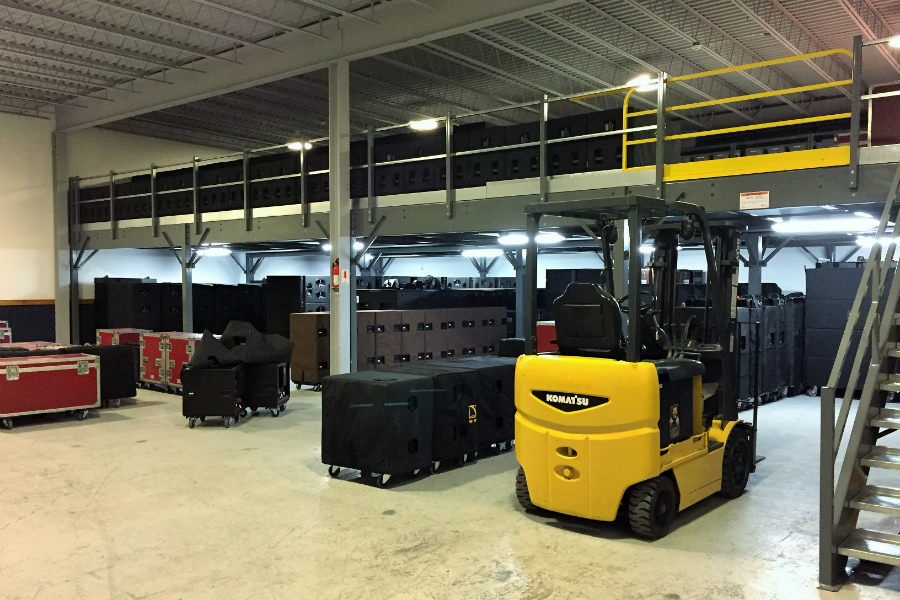 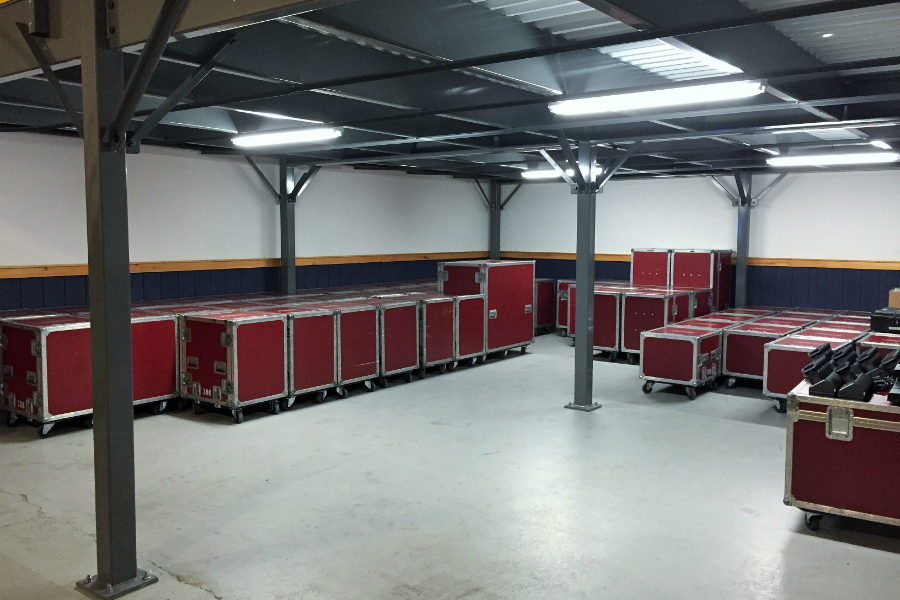 Since they were still in the preliminary stages of their mezzanine project, we started out by providing them with a budgetary number originally based on just a 700 sq. ft. structure.

After reviewing their budget and our pricing, Firehouse Productions’ owner reached back out to The Mezzanine Company, in 2017, hoping to complete two mezzanine structures instead of one. The two structures totaled to about 2,700 sq. ft. Both platforms were built and designed to be used as storage space in order to store their heavy equipment with casters.

Firehouse required a 6’ sliding gate for each structure in order to bring up their heavy equipment, which also required increasing the capacity to 150 PSF. They also wanted to proceed with a Gray Diamond Seal finish for their flooring, which provided a cleaner and more durable finish. We were able to build around their existing building columns in order to maximize their space.

Before proceeding with production with the factory, Firehouse was required to receive a permit from the township, which we were able to assist the client with.

The project was approved, produced, and installed within only a few months timeframe. Shortly after completion of their first two structures, Firehouse Productions reached back out to The Mezzanine Company regarding a third mezzanine they wanted installed, approximately 1,800 sq. ft. We are aiming to have this structure produced and installed by March (2018), more pictures to follow.

Tom Cunningham, from Firehouse Productions, had this to say about the services we provided, “You were flexible to handle install at the most efficient time for our business. You executed both installs exactly as promised. We appreciate your attention to our business. It was a pleasure working with you (Francis) and all the team at The Mezzanine Company.”

The Mezzanine Company made the work very easy for us! You made the correct recommendations, installed the mezzanine on schedule, and gave us a superior product. We would gladly recommend you to others. We are very pleased with the mezzanine you installed, and the service we received was excellent.